The short-range wireless transmission technologies include WIFI, Bluetooth, UWB, MTC, ZigBee, NFC, and the signal coverage is generally between tens of centimeters and hundreds of meters. The short-range wireless transmission technology is mainly used in local area networks, such as home networks, factory-shop networking, and corporate office networking.

Wi-Fi is widely used in many Internet of Things applications, the most common being as a link from a gateway to a router connected to the Internet. However, it is also used for major wireless links that require high speed and medium distance.

WiFi technology is not designed to replace Bluetooth or other short-range radio technologies. The application fields of the two are mostly different, although there will be overlaps in certain fields. WiFi devices are generally designed to cover hundreds of meters. If the antenna is strengthened or hot spots are added, the coverage area will be larger, and even the entire office will not be a problem.

Basically, in the WiFi standard, the mobile device plays the role of a client, while the server is a network-centric device; there is a huge difference in peer-to-peer structure between NFC and Bluetooth technology.

l Use distance: short and medium distance (hundreds of meters)

Bluetooth is a general-purpose short-range radio technology. Bluetooth 5.0 Bluetooth can reach up to 100 meters theoretically, but the typical application is mostly 10 meters on average.

Bluetooth’s feature is that it can easily carry mobile communication devices and computers, connect to the network without the help of cables, and transmit data and messages with higher speed, better signal transmission and better data security. At present, it is widely used in the connection between smart phones and smart wearable devices, as well as in smart homes and Internet of Vehicles.

Ultra wide band UWB is a NON-carrier-wave communication technology that uses non carrier wave narrow pulses in the nanosecond to picosecond range to transmit data. The transmission distance is usually within 10 meters, using a bandwidth of more than 1GHz, and the communication speed can reach hundreds of MB / s Above, the working frequency band of UWB ranges from 3.1GHz to 10.6GHz, and the minimum operating frequency bandwidth is 500MHz.

Its main features are: high transmission rate; low transmission power, low power consumption; strong confidentiality; UWB communication uses a time-sequence sequence, which can resist multipath fading; UWB requires few radio frequency and microwave components, which can reduce the system's complexity. Due to the high bandwidth occupied by the UWB system, the UWB system may interfere with other existing wireless communication systems. UWB is mainly used in high-resolution "smaller range" radar and image systems that can penetrate obstacles such as walls and ground.

This device can be used to check defects in concrete and asphalt structures in buildings, bridges, roads, and other projects, as well as locate the fault location of underground cables and other pipelines, and can also be used for disease diagnosis. In addition, it is very useful in the fields of rescue, public security, fire protection, medical treatment, medical image processing, etc.

The transmission range is generally between 10 and 100m. After increasing the transmission power, it can also be increased to 1 to 3km (between adjacent nodes). If the relay is used for routing and communication between nodes, the transmission distance can be farther.

Mainly aimed at industrial-grade applications, it is a wireless Modem with embedded GSM / GPRS core unit. It adopts GSM / GPRS network as the transmission medium. It is an industrial-grade communication terminal based on mobile GSM short message platform and GPRS data service. It uses the short message of GSM mobile communication network and GPRS service to build a long-distance data transmission platform for users.

Compared with the short message service, GPRS is in real-time online status, and can process multiple or receive data from multiple detection points at the same time without stopping the current working status. It is very suitable for the system to collect data from multiple target points at the same time; GPRS not only has a long working distance, but also can perform two-way operation of the system. It is very suitable for some remote equipment operation and remote equipment upgrade applications. Because the GPRS network has covered most areas, there is basically no blind area, so there is no need to establish a separate communication network, only need to install the device and insert the SIM card, you can carry out network communication.

The Narrow Band Internet of Things (NB-IoT) has become an important branch of the Internet of Everything.

NB-IoT is built on a cellular network and consumes only about 180KHz of bandwidth. It can be directly deployed on a GSM network, UMTS network or LTE network to reduce deployment costs and achieve smooth upgrades.

A base station can provide 50-100 times more access terminals than traditional 2G, Bluetooth, and WiFi, and typical NB-IoT device can work for ten years with only one battery.

The name of LoRa is Long Range Radio, and its main feature is that it spreads farther than other wireless methods under the same power consumption condition, and realizes the unification of low power consumption and long distance. Under the power consumption, the distance is 3-5 times larger than the traditional wireless radio frequency communication.

Sigfox is a French company established in 2009. It has created a wireless network to connect low-power devices, mainly used for low-power Internet of Things, such as electricity meters. Such applications need to continuously send a small amount of data. Sigfox hopes to establish the first global cellular connection for Internet of Things, whose infrastructure is completely independent of existing networks (such as telecommunications mobile networks).

Because the IoT connection uses low data rates, the Sigfox network utilizes ultra-narrowband, UNB technology. The transmission power consumption level is very low, while still maintaining a stable data connection. Sigfox wireless links use the unlicensed ISM radio frequency band. The frequency varies according to national regulations, but 868MHz is widely used in Europe and 915MHz in the United States. The entire Sigfox network topology is a scalable, high-capacity network with very low energy consumption, while maintaining a simple and easy-to-deploy star-unit-based infrastructure.

In many scenarios, we need to consider multiple factors, such as customer data volume, data transmission distance, and cost. Therefore, it is wise to choose according to the scene.

In the field of Internet of Things, most sensors are using MEMS chips. In the factory, countless production equipment, materials and intelligent terminals use Wifi, Bluetooth, Zigbee and other short-range wireless technologies to achieve interconnection. But in some businesses & applications, it is necessary to use long-distance wireless transmission technology to transmit the data. At this time, enterprises can choose cellular communication technologies such as 3G and 4G, as well as low-power WAN transmission technologies such as LoRa, Sigfox, and NB-IoT.

Third, high-power, high-speed short-distance transmission technologies, such as WIFI and Bluetooth, are suitable for connection and data transmission between smart homes, wearable devices, and M2M. 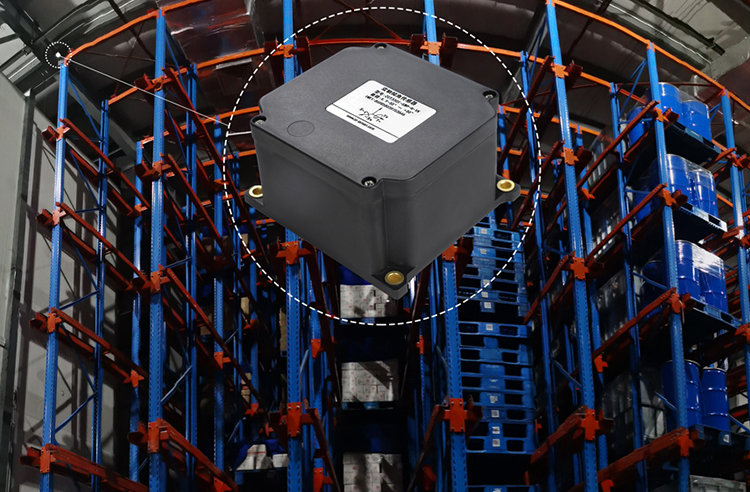 With the development of industry 4.0 and the promotion of intelligent manufacturing, unmanned chemical plants have sprung up, robots have become more and more popular to replace artificial labor, the production efficiency is constantly improving, and the co...

A well-known French geotechinical monitoring company ordered hundreds of IPI probes from us, used for the biggest European Express Projec...

The flood season arrived, coming together with heavy rain, how...

The flood season is coming, currently, a total of 2.6 million people are now affected by the torrential rains in the south. Floods above ...

What value can ZCT-CX03E mobile phone inclinometer create for ...

The latest mobile phone inclinometer developed by Zhichuan Technology is on the market! This inclinometer is the result of a substantial ...